Jaini’s Welsh Weekend is a new series, where I revisit my little weekend getaway to mid-Wales. I visited Ironbridge (in England, not Wales) on the way to Wales.

While in the UK, to take a break from the busy London city life, we decided to spend a weekend in the countryside with Saj’s family. So en route to a cute cottage that we had booked in Beguildy in Powys, mid-Wales for the weekend, we decided to stop at Ironbridge (250km or 3.5hours from London) and do a little sight-seeing in the first home of the Industrial Revolution and where the world’s first cast-iron bridge was built.

Here’s a little time-lapse compilation. Can you spot the Iron Bridge?

Of course, when we drove up to Ironbridge, it was drizzling (I really don’t understand British summers). But I wasn’t deterred by the rain so I just put on a raincoat and was ready to explore.

After parking the car by some tourist shops, we went on to the Iron Bridge, looking out at the gorgeous gorge, and ventured into the Tollhouse at the end of the bridge, that overlooks the River Severn. The Tollhouse now serves as an information centre on the history of the bridge, where we found a volunteer who willingly gave us a short history lesson on the bridge’s existence.

Ironbridge is a village on the River Severn, at the heart of the Ironbridge Gorge, in Shropshire, England. Ironbridge developed beside and takes its name from, the famous Iron Bridge, a 30-meter (100 ft) cast iron bridge that was built across the river, joining the parishes of Madeley and Benthall in 1779. The Iron Bridge is the world’s first bridge made out of cast-iron, which helped to create a platform for the Industrial Revolution.

In 1790, Abraham Darby I established a coke-fired furnace to produce cast iron. Before this time, iron was made using charcoal, produced by burning wood. as forest sizes in Great Britain diminished, the substitution of coke for charcoal became common, allowing blast furnaces to become taller and larger due to coke’s superior crushing strength.

Abraham Darby I first smelted local iron ore with coke, to make cast iron. Soon, Shropshire became a centre for industrial trade due to the low price of fuel from the local mines. The River Severn was used as a key trading route, but it was also a barrier to travel around the Severn Gorge, as the nearest bridge was two miles away. Also, the river was prone to drought and flooding, so a ferry was not a great option. If any bridge was to be built, it had to be a single span due to the gorge’s steep sides and high enough to allow tall ships to pass underneath. The steepness and instability of the banks were problematic for building a bridge, and there was no point where roads on opposite sides of the river converged. 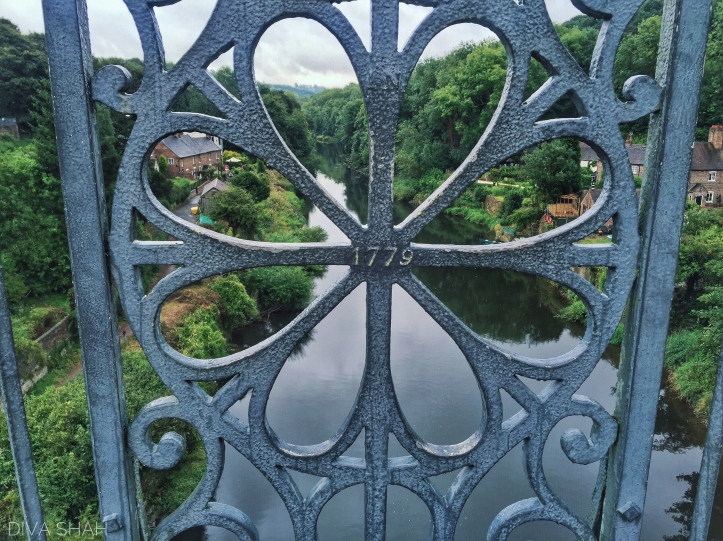 In 1773, Thomas Farnolls Pritchard – an architect from Shrewsbury, had a bold idea. He proposed the world’s first iron bridge, combining engineering expertise and the new iron casting techniques.

Pritchard’s designs were approved by Act of Parliament and in 1777 construction began. When Pritchard died, Darby’s grandson, Abraham Darby III, took over. Darby had agreed to construct the bridge with a budget of £3,250 and £3,250 was raised by investors of the project. Whilst the actual cost of the bridge is unknown, contemporary records suggest it was as high as £6,000, the excess being born by Darby. Darby died on 20 March 1789, leaving his family in financial ruins, due to the heavy debts. Quite unfortunate, isn’t it? To build an architectural masterpiece but die a poorer man…

Completed in 1779, the Iron Bridge remained in full use for over 150 years. But in 1934 it was finally closed to traffic and was designated an Ancient Monument. Tolls for pedestrians were collected until 1950 when ownership of the bridge was transferred to Shropshire County Council. The bridge has been repaired several times, especially to avoid it collapsing when the river floods. The road surface was replaced and the toll-house was restored as an information centre.

The bridge became a UN world heritage site in 1986.

Today, the town is a tourist hub, attracting thousands of tourists to see the bridge and the Ironbridge gorge, among other museums, such as the Museum of the Gorge, Coalport China Museum, Blists Hill Victorian Town and the Darby Houses. One can also stay in the cute inns and experience the classic British countryside life in the home of the epic Industrial Revolution.

Later, we went back to our car after soaking in the stunning scenic views but not before browsing through the local stores to buy a souvenir or two (AKA a fridge magnet for our already-crowded fridge door). 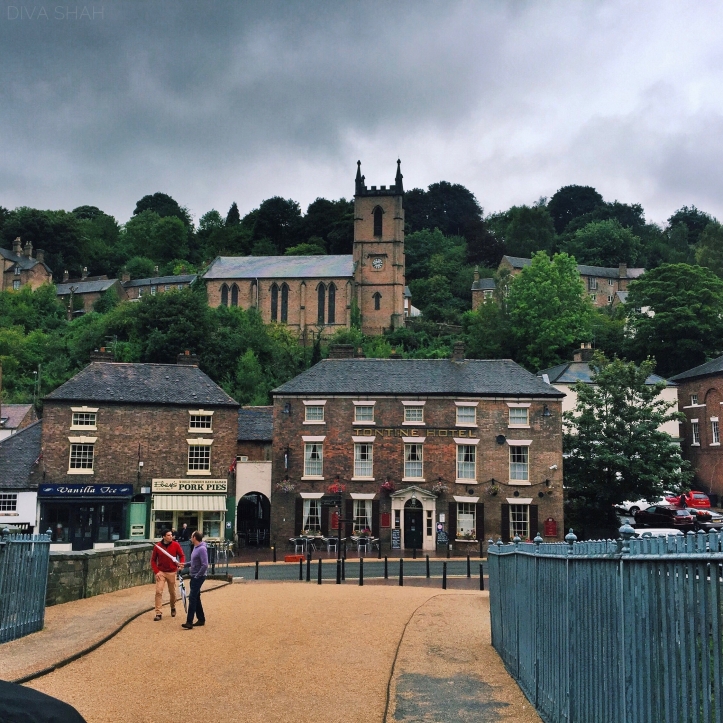 Then we were back on the scenic roads again!